Dougan and his three sisters were raised mainly by their mother in Illinois. When Dougan was little, he did not know why his father could not drive or work. The reason for this was that his father tested positive for HD and was also symptomatic.

According to Dougan, his father was addicted to stretching. He also had to walk the dog all the time but would then get lost and not know where he was. Because of this, his family would hide the dog leashes.

When Dougan was in high school, his father had a caretaker. However, his symptoms were progressing as Dougan’s mother had a difficult time finding a care facility due to limited care for HD. His father would stay home but eventually did not know who his own family was and later passed away.

The HD journey was not over for the family. Every child of a parent with HD has a 50/50 chance of inheriting the faulty gene.

Dougan’s older sister was a teacher that taught in Illinois. She then decided that she needed to come home and tested for HD.

She tested positive and started to become symptomatic at 25-years-old. According to Dougan, she would crash her car on a straight road, very loose on her feet, and started to act like a child. At the time, Dougan was attending college at the University of Wyoming. Each time he would visit, her symptoms would worsen. According to Dougan, the silver lining was an excuse to do fun things with the family.

At 28-years-old, Dougan’s other sisters tested for HD during the holidays and tested positive. According to Dougan, they are not symptomatic yet but the thoughts of what can happen have started. One of them is a sculptor and you can see her work here.

As for Dougan, he has not been tested for HD but the thoughts of what if have come up. Dougan is a talented musician. For example, if he doesn’t play well then, he assumes it might be HD related. For Dougan, the thoughts never go away as well but music has helped.

He goes to local events and has a great support system which includes his wife that he met at college. According to Dougan, he wants more people to know about HD especially young people. 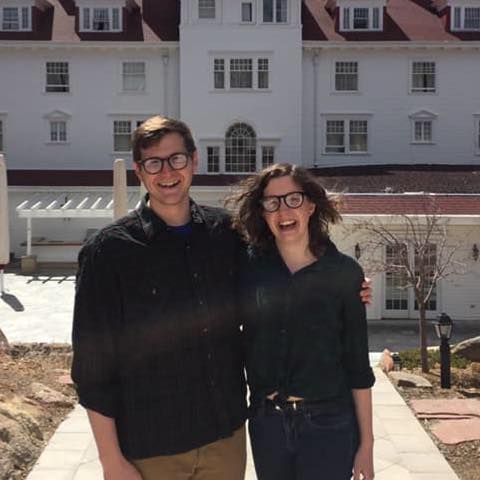 Dougan has a message for the HD Community:

“HD is like a fire in my life because I just want to achieve my goals and be the person that I can be. HD motivates and inspires me to live right now.”